We are a professional team with significant experience in the field of biomedical imaging research funding, leveraging our deep knowledge of the European Commission requirements and European research landscape for your benefit. 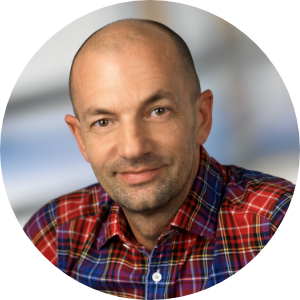 Peter Baierl began his education in retail clerkship and textile commerce, before joining the Vienna Academy of Postgraduate Medical Education and Research, an institution for medical congress organisation. During his employment there he was introduced to the former European Congress of Radiology, which was then looking to settle in a city.

Together with Professor Josef Lissner and others, Peter helped bring the congress, and the association behind it, permanently to Vienna. In 1992, Peter was appointed to take over the executive management duties, and is now the Executive Director of the European Society of Radiology (ESR). In 2006, Peter also became the Managing Director of EIBIR.

Monika Hierath has more than a decade of experience in coordinating and managing international projects and recruiting organisations for consortia of excellence (FP6, FP7, Horizon 2020, COST, EC tender projects). She is in charge of running the EIBIR team, working closely with the EIBIR Scientific Director and all bodies of the organisation at strategic and operational levels.

She has contributed to the establishment of EIBIR and coordinated a pan-European data collection effort of biomedical imaging research expertise. Among the numerous projects coordinated and managed under her supervision, she has coordinated the project management team of the FP7 ENCITE project with 29 beneficiaries and a budget of €12 million, the H2020 MEDIRAD project with 33 beneficiaries and a budget of €10 million, and she has been the co-leader of the communication and dissemination work package of the Euro-BioImaging preparatory phase project, an ESFRI roadmap project on imaging research infrastructure. In addition she has had a supervisory or leading role within the EIBIR team in all projects of EIBIR.

Given her role, she also acts as a liaison to the leadership of the European Society of Radiology. 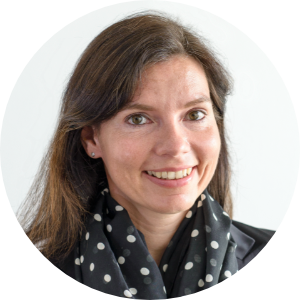 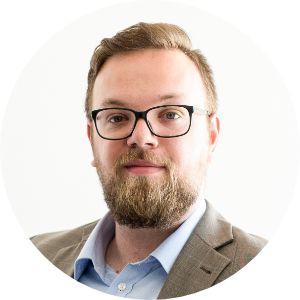 Peter graduated with a Master’s degree in Medical Biology from Radboud University Nijmegen, Netherlands. He has experience in small-RNA research in academic settings and spent time in the pharmaceutical industry establishing new molecular testing methods and validation of critical equipment.

In June 2014, Peter joined the EIBIR team as a Project Manager. Since joining EIBIR, Peter has been involved in the management of dissemination and exploitation of the MITIGATE project, and leads the project management and dissemination efforts of the SOLUS and CoSTREAM projects. Additionally, he supports the SPECIFIC and MIPA clinical studies.

Peter has set up and manages the EIBIR Electronic Data Capture platform for collection and management of clinical study data.

Katharina graduated with MAs in English and German Philology and in Celtic Studies from the University of Vienna. With past experience working at the European Commission in Brussels and the Council of Europe in Strasbourg, she joined the EIBIR Team in August 2014.

With more than 7 years of experience in managing Horizon 2020 projects, COST actions, and disseminating their results, Katharina is currently involved in the coordination and dissemination of the EURAMED rocc-n-roll (European Medical Application and Radiation Protection Concept: Strategic Research Agenda and Roadmap Interlinking Health and Digitisation Aspects) project and serves as work package leader for dissemination in the CHAIMELEON (Accelerating the lab to market transition of AI tools for cancer management) project. In addition, she contributes to the management of the multicentre study MIPA on preoperative breast MRI in clinical practice. 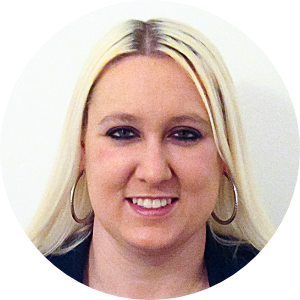 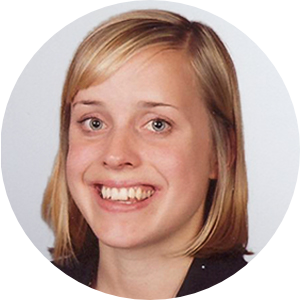 Ulrike Mayerhofer-Sebera graduated with a Master’s degree in Health Management from the IMC University of Applied Sciences Krems, Austria. She worked at the Medical University of Vienna in the field of EU project management and at the European Society of Radiology’s European & international affairs department, where she coordinated the EuroSafe Imaging initiative and managed various European Commission tender projects.

Ulrike joined the EIBIR team in June 2017 as a Project Manager and is involved in the coordination and management of the Horizon 2020 funded MEDIRAD project dedicated to implications of medical low dose radiation exposure.

Nathan graduated with a bachelor’s degree in nuclear, plasma and radiological engineering from the University of Illinois at Urbana-Champaign and a master’s degree in international relations from Syracuse University in the United States.

He previously worked as a project assistant and manager in the Research Reactor and Physics Sections of the International Atomic Energy Agency in Vienna, developing projects to improve collaboration, financial sustainability, research technique proficiency, and access to education and training at nuclear and energy research facilities around the world.

In July 2021, Nathan joined the EIBIR team as a project assistant. He is currently involved in the coordination and management of the SINFONIA project, a research project developing tools for comprehensive risk appraisal for detrimental effects of radiation exposure. 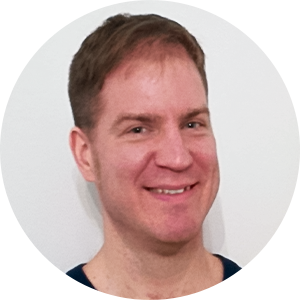 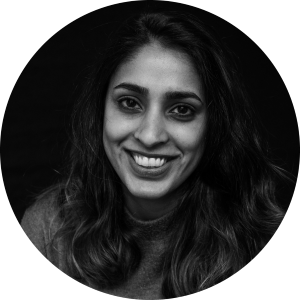 Puja graduated with a master’s degree in Global Studies from the Universities of Vienna and Leipzig, Germany, after completing her bachelor’s degree in Sociology at the University of Warwick in the United Kingdom. Her professional experiences range from research, communications, and team assistance.

Puja joined the EIBIR team in June 2022 as a Junior Project Manager and is currently involved with the coordination and management of the HyperProbe and RadioVal projects.